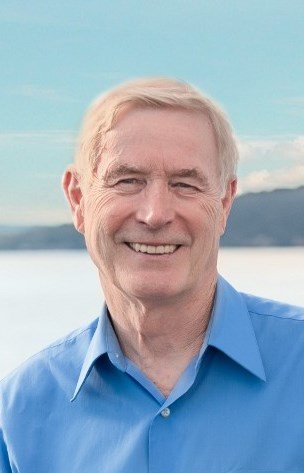 The list of his professional affiliations is stunning: Since his PhD in theoretical physics in Oxford in 1970, Tony Hey has been working in many positions in physics and computer science. After post doc years at the Caltech, where he worked with Richard Feynman, he moved to Geneva to become a fellow at CERN. In the 80s, after fellowships and professorships at MIT and Caltech, Tony Hey switched from particle physics to computer science and became Professor of Computation at the University of Southampton. His research interests lie in parallel and quantum computing. Besides academia, he has taken on other assignments. He led UK’s e-Science Program from 2001 to 2005. Then he went to Microsoft in Seattle and his last assignment there was as Corporate Vice President of Microsoft Research until 2014. After a sabbatical year at the eScience Institute at the University of Washington, in 2015 he has taken on the role of Chief Data Scientist at the UK’s Science and Technology Facilities Council. Tony Hey has authored or co-authored a number of books including ‘The Fourth Paradigm’ and ‘The New Quantum Universe’, and ‘Einstein’s Mirror’. His latest book is ‘The Computing Universe – A Journey through a Revolution’. Since 2014, he has been a member of the HITS Scientific Advisory Board.