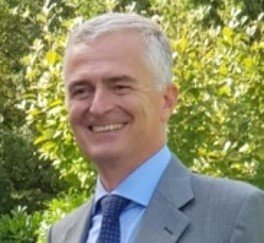 Science is rooted in the concept that a model can be tested against independent observations and rejected when necessary. However, the problem of model testing becomes formidable when we consider natural “open” systems. Owing to their scale, complexity, and openness to interactions within a larger environment, most natural systems cannot be replicated in the laboratory, and direct observations of their inner workings are always inadequate. These difficulties raise serious questions about the meaning and feasibility of “model validation” and have led to the pessimistic view that the outcome of natural processes in general cannot be accurately predicted by mathematical models (cit).

In this talk I discuss some efforts in seismology and volcanology to address the validation problem, and the link with the current procedures of calibration and scoring of the models. The discussion emphasizes the importance of clarifying the probabilistic framework adopted for natural hazard forecasting, which is aimed at quantifying the deep uncertainties that pervade the modeling of the processes. These uncertainties can be differentiated into three fundamental types: (1) the natural variability of the  systems, usually represented as stochastic processes with parameterized distributions (aleatory variability); (2) the uncertainty in our knowledge of how systems operate and evolve, often represented as subjective probabilities based on expert opinion (epistemic uncertainty); and (3) the possibility that our forecasts are wrong owing to behaviors of processes about which we are completely ignorant and, hence, cannot quantify in terms of probabilities (ontological error). Then, I describe a probabilistic framework for hazard analysis, which unifies the treatment of all three types of uncertainty. Within this framework, a forecasting model is said to be complete only if it (a) fully characterizes the epistemic uncertainties in the model’s representation of aleatory variability and (b) can be unconditionally tested (in principle) against observations to identify ontological errors. Unconditional testability, which is the key to model validation, hinges on an experimental concept that characterizes hazard events in terms of exchangeable data sequences with well-defined frequencies. We illustrate the application of this unified probabilistic framework by describing experimental concepts for some real applications.

Warner Marzocchi is professor of Geophysics and of Natural Hazard Forecasting at the
University of Naples Federico II, and Scuola Superiore Meridionale. He has coordinated, at
different levels, many national, european, and international projects focused on short- and longterm earthquake and eruption forecasting and hazard assessment. He is member of the Academia
Europaea and author of more than 160 papers on journals listed in the Web of Science (H-index
40 in WoS, and 41 in SCOPUS). He graduated cum laude in Earth Sciences (1987) and received
his PhD degree in Physics (1992) at the Alma Mater Studiorum University of Bologna. He
became associate professor in Physics of Volcanism at the Osservatorio Vesuviano, and he has
been visiting professor at the Institute of Statistical Mathematics in Tokyo, visiting scientist at the
University of Southern California, and chief scientist at the Istituto Nazionale di Geofisica e
Vulcanologia (INGV). He has served as chairman and member in many international scientific
organizations, co-chairman of the seismic hazard center at INGV, and he has been member of the
International Commission on Earthquake Forecasting (ICEF) appointed by the Italian government
after L’Aquila earthquake. He has been also invited to give lectures and talks at the major
geophysical meetings, at many universities and research institutes in different countries.